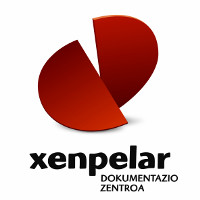 In this note to Cid's work, we recall the existence of a certain construction in a ballad called «Urthubiako Alhaba». This NP-coordination construction (X-ekin/-gaz Y = X eta Y [X-with Y = X and Y]) is extremely rare in oral as well as in written Basque records. Taking back the documents already analyzed in 1983, together with the newly discovered Lazarraga's text (xvith century), and oral testimonies of XXth century, we show that construction to be an archaism scholars haven't noticed until recently. If this is the case, it becomes clear that nobody could have employed it consciously in order to manipulate or falsify the ballad (cf. Vinson); thus, from a linguistic point of view, this feature counts as a further proof for this ballad's authenticity and antiquity. Furthermore, we show that the extension of such construction wasn't restricted to Bizkaian and Gipuzkoan dialects, but it is clearly witnessed by varieties spoken in Araba and Navarre. The new evidence provided by «Urthubiako Alhaba» makes us think of an old general use all along the whole language's territory. In an appendix, the implications of the AND-languages / WITH-languages typology (Stassen 2000) regarding the study of this construction are dealt with, and in a more general vein, the ancient morphosyntax of the language is also looked at in the same perspective. 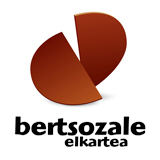